Download our mobile app and stay connected to the most recent property listings! 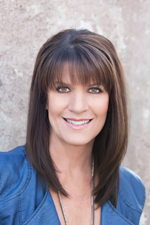 Author of the Multi-Award Winning Book: – The Eldercare Consultant: Your Guide to Making the Best Choices Possible

In early 2012, Feola was approached about writing a book on the subject of assisted living and her methods used in helping families understand all the issues surrounding this topic: how to know when it’s time for assisted living, are there other options, and most importantly, how to find the right community. Her book is available on Amazon.com